As part of the TWO FACES OF ONE FUTURE competition, the team of four designed the Dream Dormitory – Poznan Stairs.

the Dream Dormitory – Poznan Stairs is a unique project. The team explains that before the work began, a survey was carried out among nearly 1,000 students. According to the results, the number, content and size of rooms, as well as functions on the ground floor, were marked out.

The proximity of Śródka made it possible to create urban dominants and landscape closure at the exit of Bydgoska. In the vicinity of the project, there is a communication junction, a university campus and recreational areas.

When designing, the authors were guided by the ideas of accessibility, greenery and common spaces. The result is a stepped block with terraces surrounded by greenery flowing down to the facades. Green walls, a courtyard, common spaces on each floor as well as internal and external communication have been designed. The residents have at their disposal an underground car park with MPe charging. For adequate lighting, the facility was rotated by 45 °, and the functions on the ground floor were located in accordance with the diagram of sound intensity from the street.

The main assumption in the design of the structure was to use the largest possible number of reinforced concrete prefabricates and autoclaved aerated concrete. The structure is based on a skeleton made of prefabricated beams and columns, and non-bearing walls made of AKB.

Three different prefabrication technologies were used for the construction of the ceilings - SMART ceilings for most surfaces; VECTOR ceilings, communication paths and stairs; reinforced concrete coffers, which are made monolithically, are created by pouring prefabricated forms. Attics are designed as prefabricated load-bearing elements, also serving as green pots on terraces.

1st Edition of the Architectural and Engineering Competition  "TWO FACES OF ONE FUTURE" was organized by the Builder monthly and the Concrete Producers Association as part of the nationwide educational program Builder for the Future.

The participants' task was "Conceptual architectural and engineering design of a contemporary dream dormitory in a selected location", taking into account the use of two basic technologies: concrete prefabrication and autoclaved cellular concrete (AAC). One of the educational elements of the competition was the BIM Marathon, which took place in Warsaw. 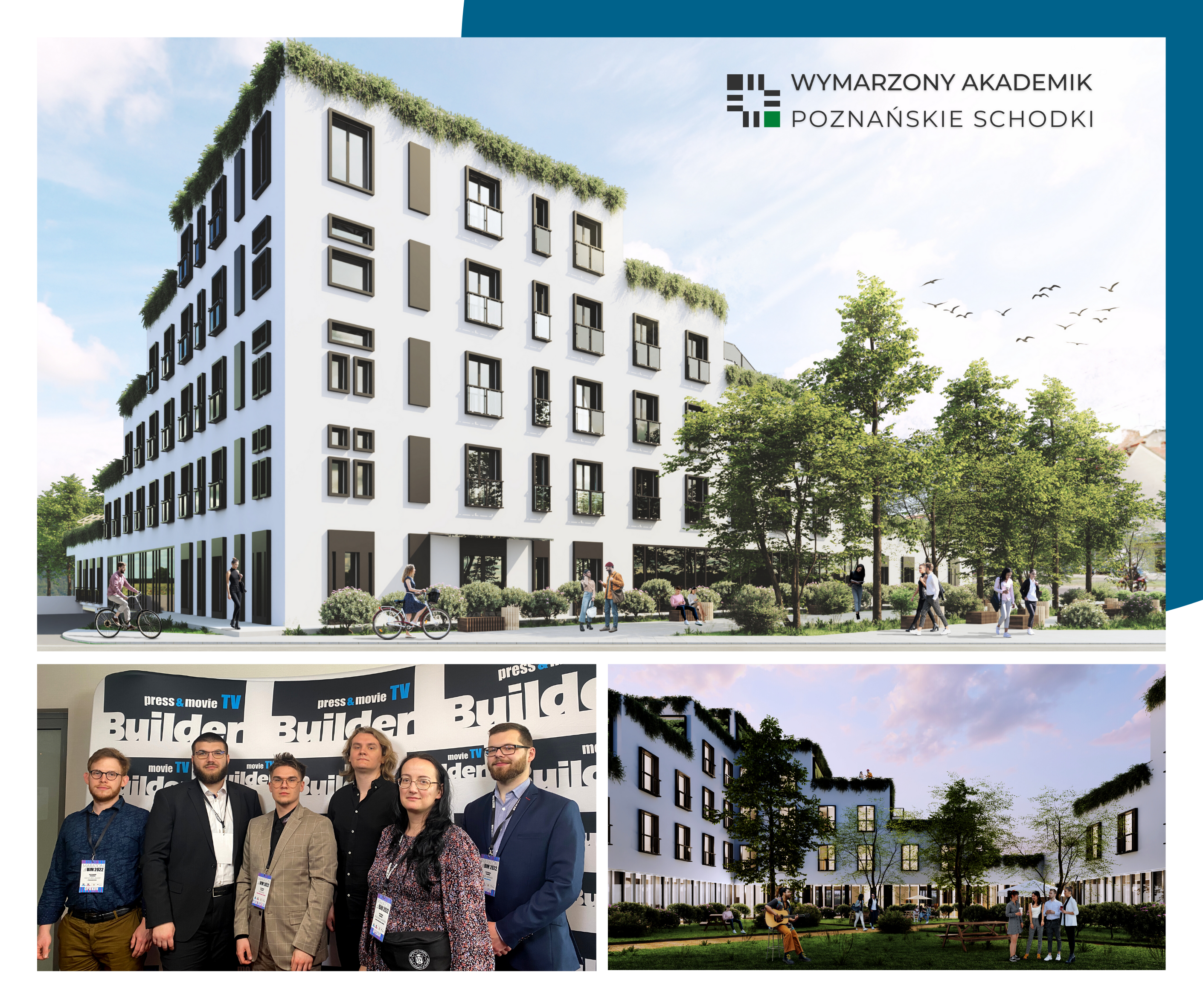 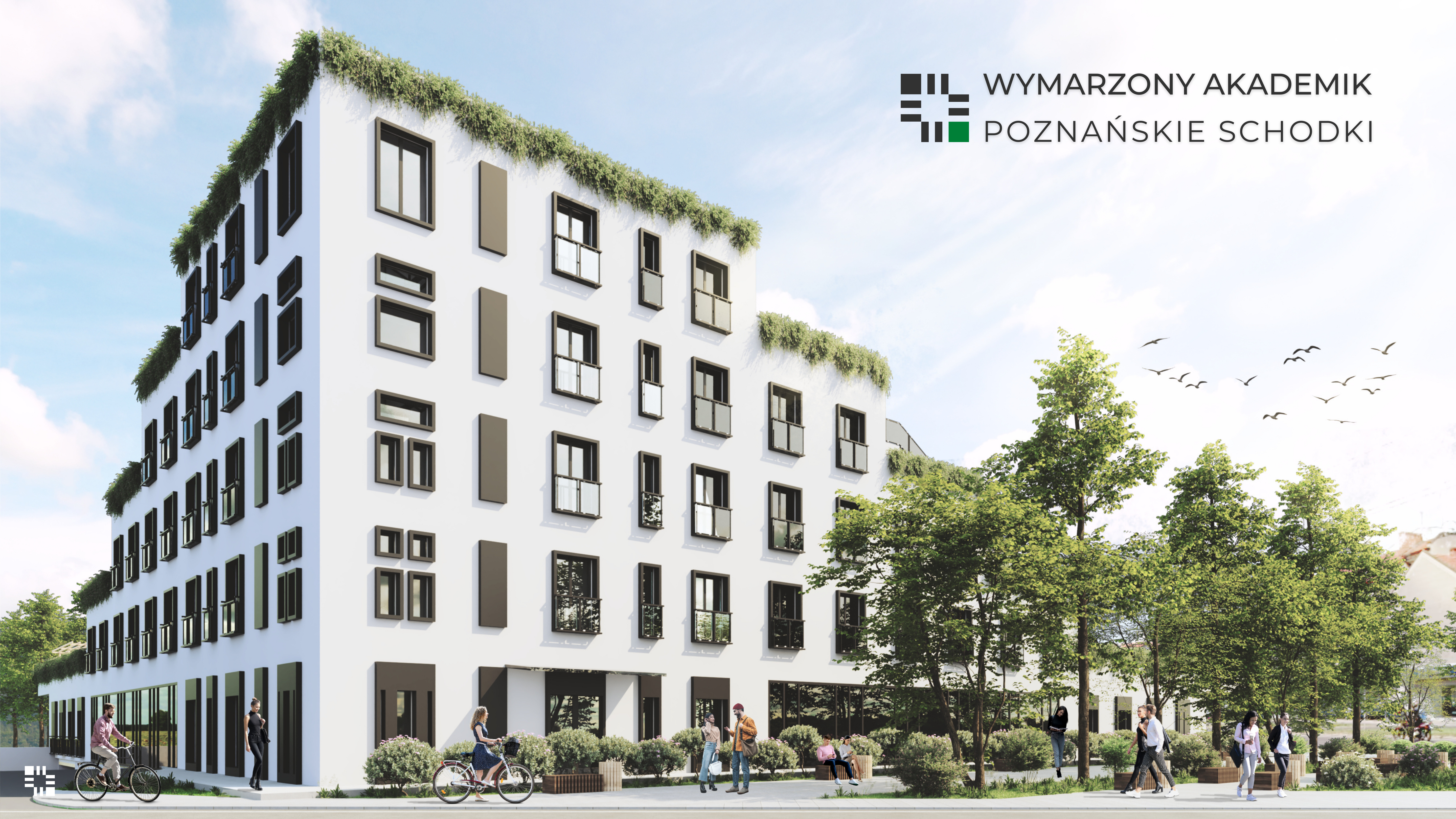 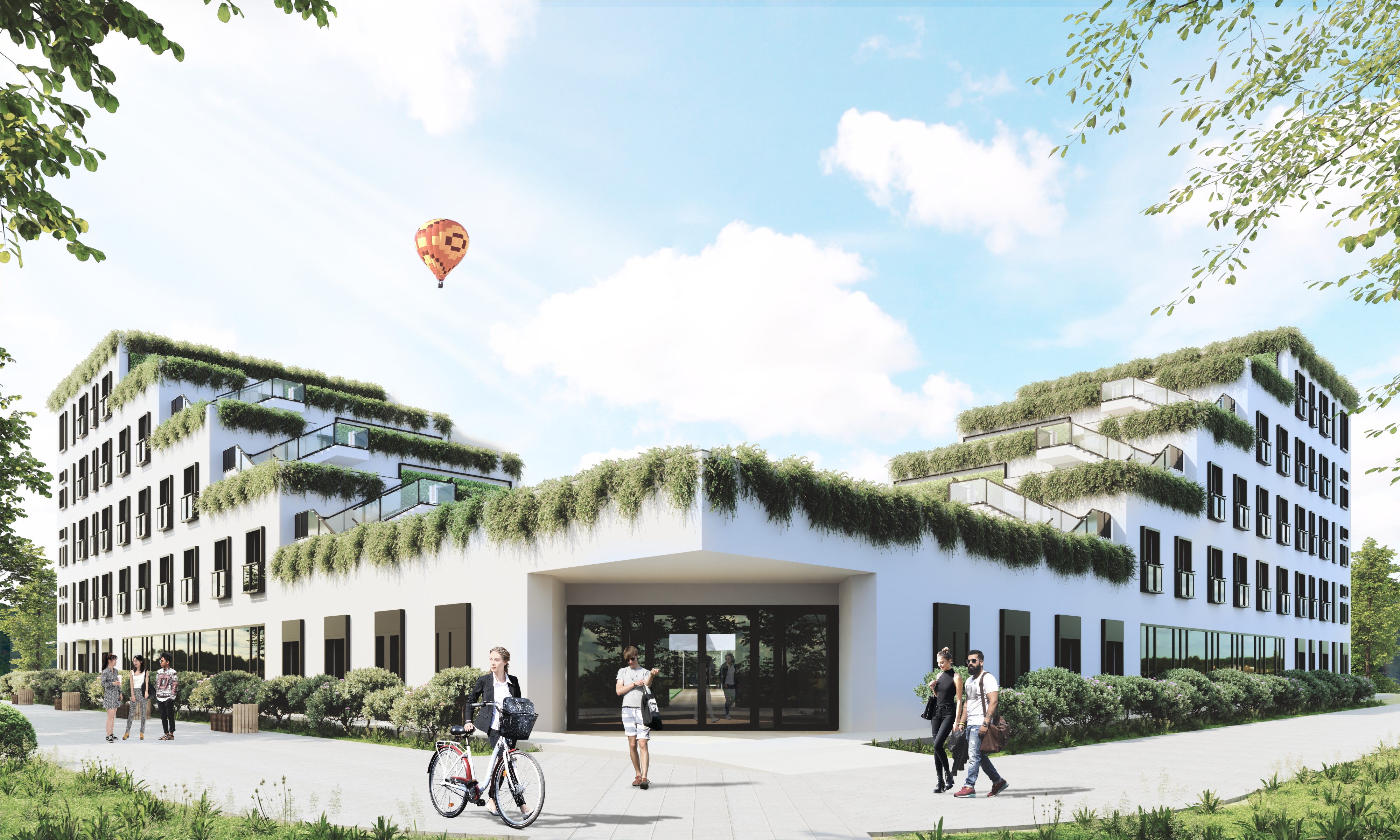 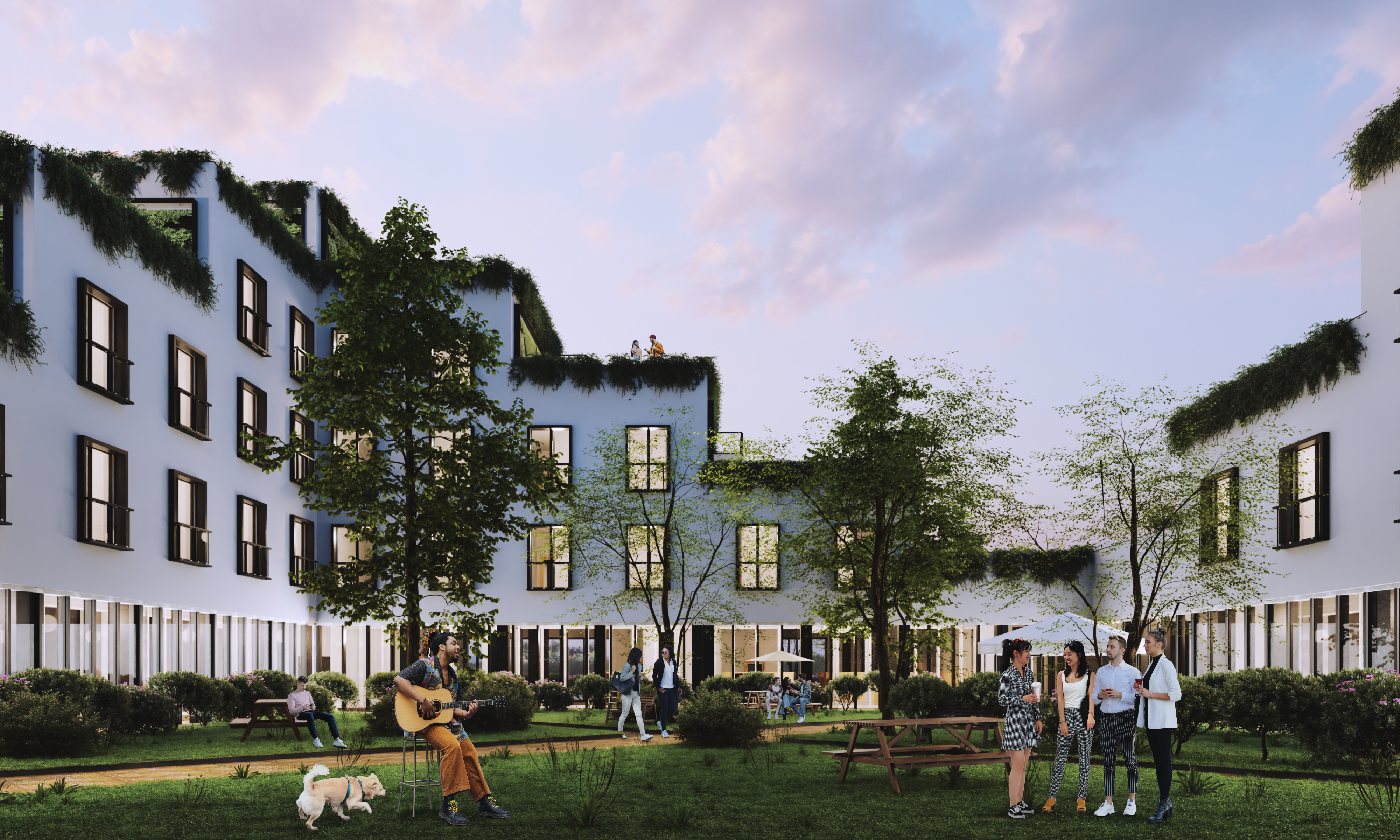 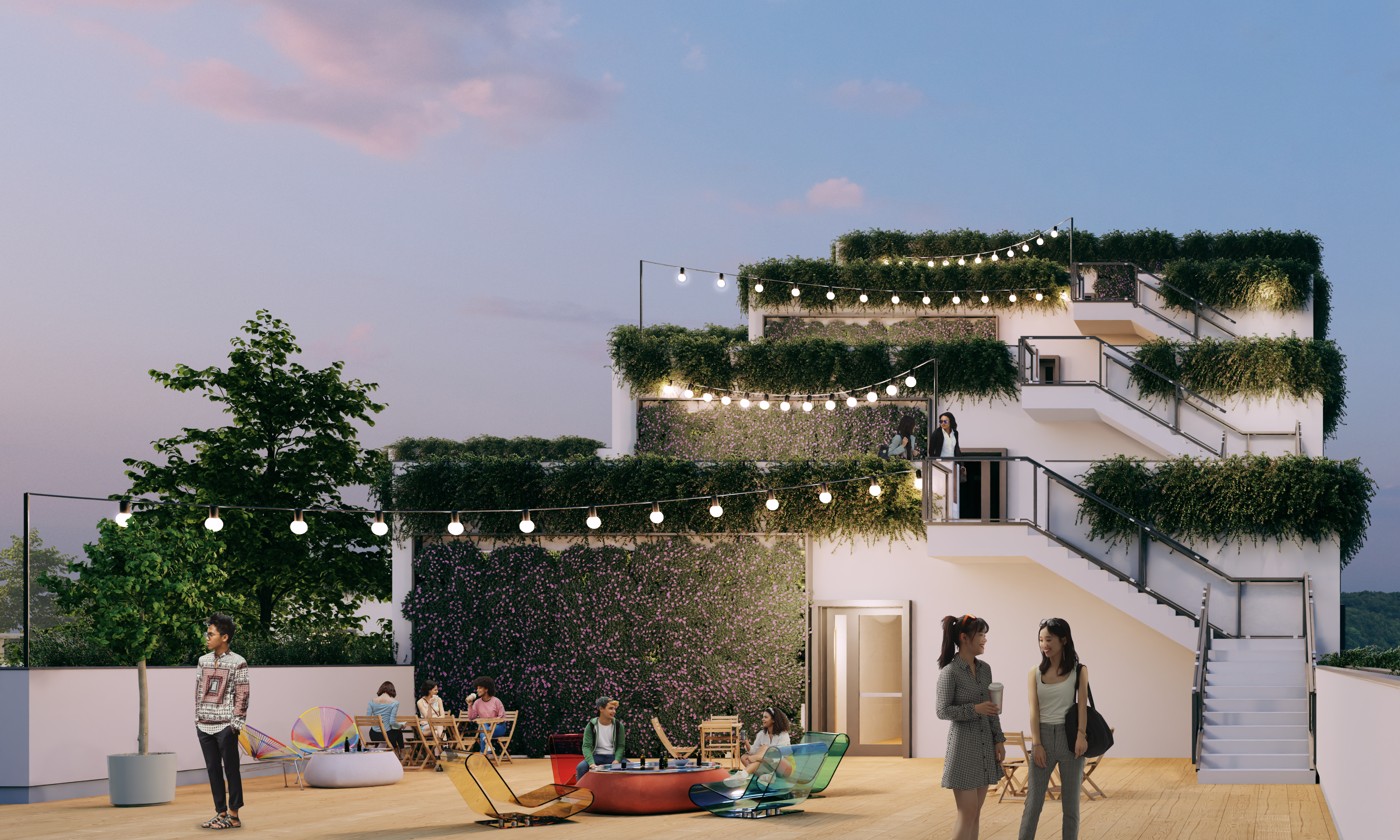